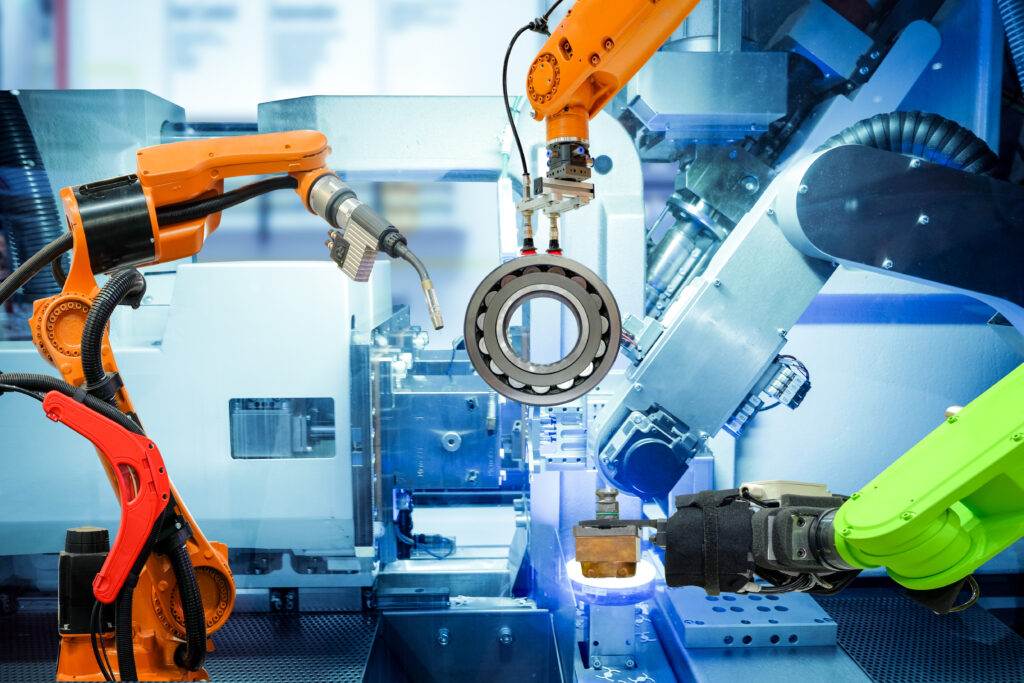 Brexit has already posed many challenges for Britain. UK companies seek to remain competitive in challenging international markets, but they must content with the extra burden of tariffs and additional paperwork relating to imports and exports when trading with EU-based partners.

One seemingly natural step for any manufacturing business seeking to optimise efficiency and drive down cost would be to automate their processes as far as possible. This is a journey which many will have already embarked on during lockdown, when the emphasis was very much on minimising the number of colleagues working within production facilities at any one time.

While there are of course many means that can be employed to automate processes, one which is relevant across a broad spectrum of applications is the introduction of robots. Tireless, reliable and versatile, modern industrial robots can perform a huge variety of tasks and rapidly deliver a strong return on investment.

So it was interesting to read a recent article suggesting that the UK is still lagging significantly behind countries such as Germany in the key area of ‘robot density’ – defined as the number of industrial robots per 10,000 employees.

The article, based on the International Federation of Robotics’ World Robotics 2021 Report and published in the leading German outlet Computer & Automation, makes potentially concerning reading for UK businesses.

Compared with a robot density in Germany of 371 – equating to a massive 38% of the total number of operational industrial robots in Europe, and rising – the UK is well behind at just 101.

Not only is that well below the world average of 126, but it means the UK is the only G7 country in that category. For comparison, France is at 194 and Sweden at 289, while the USA – not always traditionally seen as a hotbed of automation – has reached 255.

Perhaps it is not all bad news for the UK, though. Five years ago, the UK figure was a meagre 71. So the rise in adoption has been significant since then. And with many EU nationals working in the UK returning to their own countries, robots represent an important option in replacing this source of labour. Recognising this, the UK Government has introduced the ‘Super Deduction’ whereby, between April 2021 and March 2023, companies can claim a 130% capital allowance as tax relief on investments in plant and machinery.

The real impact of these measures remains to be seen, but taking advantage of opportunities such as this surely holds the key to the future competitiveness of UK industry on the world stage.

Contact us today to get the conversation started, no strings attached. If we feel we can help, we’ll tell you; should we feel you’ll be better served elsewhere, we’ll also tell you. Yep, we’re honest like that.

514 Media Ltd is your full-service public relations & marketing agency based in the United Kingdom and Spain.

© 2021 514 Media Ltd – All Rights Reserved – Trading name: 514 Media – Site by Gambit Nash and 514 Media
By continuing to browse this site, you are agreeing to the use of cookies; you can find more information here.